"China's recognition of us as a startup and our competitors' tribute to Chinese originality has reinforced my belief that there are no shortcuts for Chinese companies to build up their in-house R&D strength. Only by adhering to originality can we create products with true vitality." said David Ding, Founder, Chairman and CEO of Human Horizons at the 2022 Shanghai Pujiang International Intellectual Property Cloud Forum, which is known as the "Davos Forum" of the intellectual property industry. At the forum, Human Horizons was awarded the 2022 Intellectual Property Excellent Enterprise. Human Horizons was also one of the winners of the 2022 China Patent Award. It was awarded the Gold Award for Design from the China National Intellectual Property Administration for its original R&D patents of HiPhi X. 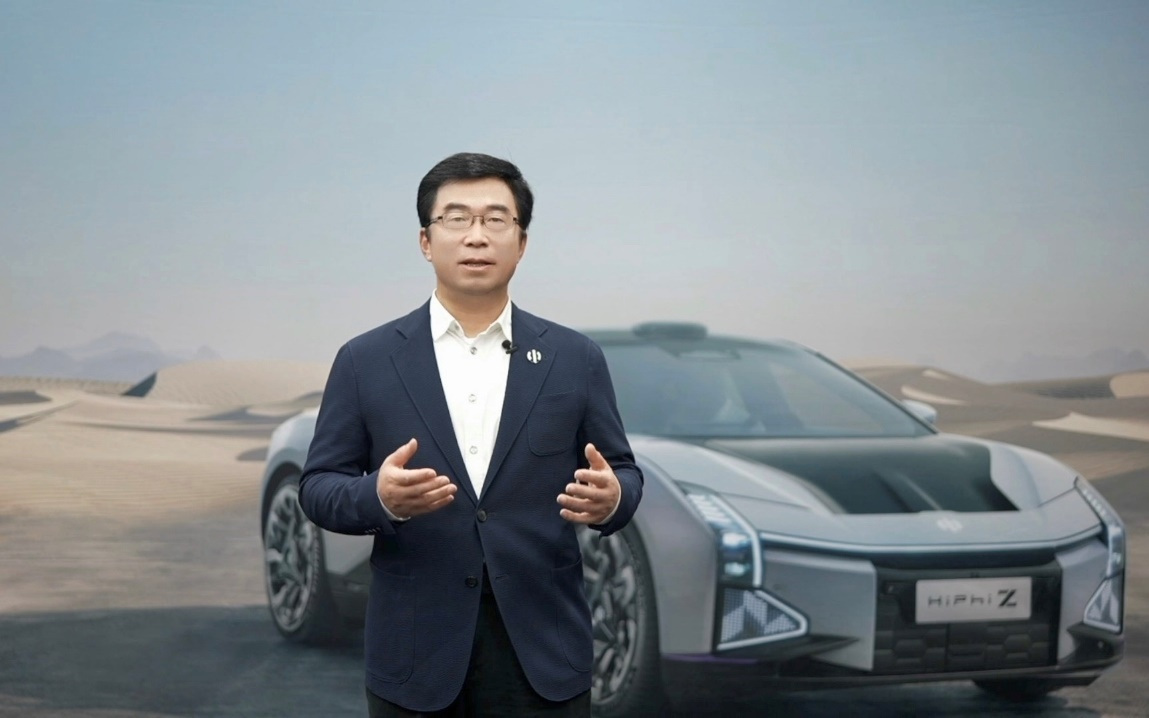 (There are no shortcuts for Chinese companies to build up their in-house R&D strength, said David Ding at the 2022 Shanghai Pujiang International Intellectual Property Forum.)

On October 28, the Shanghai Pujiang Intellectual Property “International Cloud Forum 2022 & Yangtze River Delta and Pearl River Delta Intellectual Property Cooperation Conference & the 2nd Beijing-Tianjin-Shanghai-Chongqing Intellectual Property Forum" was held. Experts, scholars, IP professionals, lawyers, and entrepreneurs from around the world attended the forum to share the results of their research and cutting-edge views in the field of IP. Over the years, Shanghai Pujiang International IP Forum has witnessed the innovations and achievements made possible by the continuous development of the IP industry in China.

David Ding was invited to attend the forum as a representative of a company of IP excellence. At the forum, he shared his experience in founding Human Horizons and creating HiPhi, a Chinese self-owned “TECHLUXE®" brand. 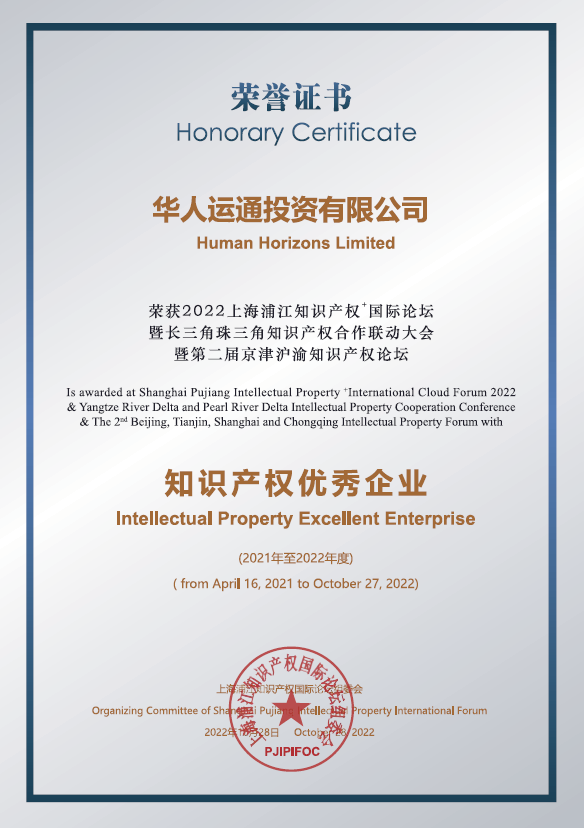 Human Horizons has been aiming to build a premium smart EV brand in China. Its products have been in-house developed independently, from the exterior to the interior design, from the vehicle architecture to the electrical and electronic platform, and from the cockpit to the intelligent driving system. As David Ding said, "We insist on independent and original development to create products with true vitality". Human Horizons R&D team has both an established automotive industry team and a team of talents in the Internet, artificial intelligence, big data, and other cutting-edge technologies.“The team is fundamental for Human Horizons to insist on original and forward development to build future-proofed products.”

David Ding shared the achievements of Human Horizons in IPR: since its founding, Human Horizons has focused on the accumulation and protection of IP, while building its in-house development capabilities with respect to IPR following international practices. Since 2018, Human Horizons has applied for a total of 1,620 patents, nearly 50% of which are invention patents, and the per capita patent application volume is significantly higher than the industry average; a total of nearly 800 patents have been granted. In addition, Human Horizons has actively laid out overseas patents in regions such as Europe, the United States, and Japan. Up till now, 200 international applications have been made. In 2022, HiPhi X from Human Horizons won the Gold Award for Exterior Design from the China Patent Award after applying for the award for the first time. 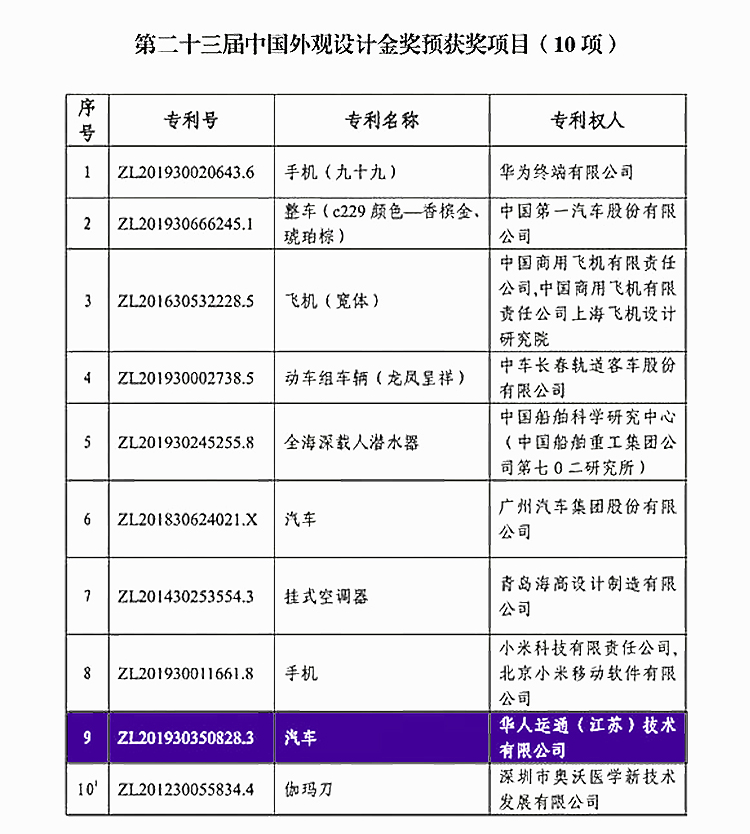 (HiPhi X from Human Horizons won the Gold Award for Exterior Design from the China Patent Award after applying for the award for the first time.)

These leading patent achievements are based on Human Horizons’ in-house development capabilities. We have in-house developed and mass-produced a high-performance luxury EV platform which is globally leading in terms of mechanical performance, intelligent connectivity, and innovative experience, with its main core technologies in-house developed. The breadth and depth of our in-house development are more than most of the OEMs, especially the development depth of our software. In HiPhi X and HiPhi Z, HiPhi’s flagship products, Human Horizons has independently completed the vehicle-level and system-level development, including all component designs, EE, and key software of the intelligent cockpit, of which the company also has complete intellectual property rights except for standard parts and common parts.

In addition, Human Horizons has independently developed and mass-produced "HiPhi H-SOA Architecture", the world's first service-oriented electrical and electronic architecture (EEA) based on domain controllers and Ethernet. This architecture enables the decoupling of hardware and software and the microservicing of software, supporting the rapid development of new functions and applications for vehicles. Based on this architecture, the world's first HiPhi Play graphical development tool for intelligent vehicle applications has been launched, allowing ordinary users to customize and develop their own functions and applications.

Based on the development process of global mainstream automotive OEMs, Human Horizons has combined the development practices and methods of the Internet industry to build a set of both rigorous and lean development processes. For example, vehicle testing must go through high and low-temperature testing of "two winters and two summers", while intelligent cockpit functions can be completed by agile development and be launched online within a few days. These methods create safe and reliable vehicle products and constantly evolving scenario experiences for the users. 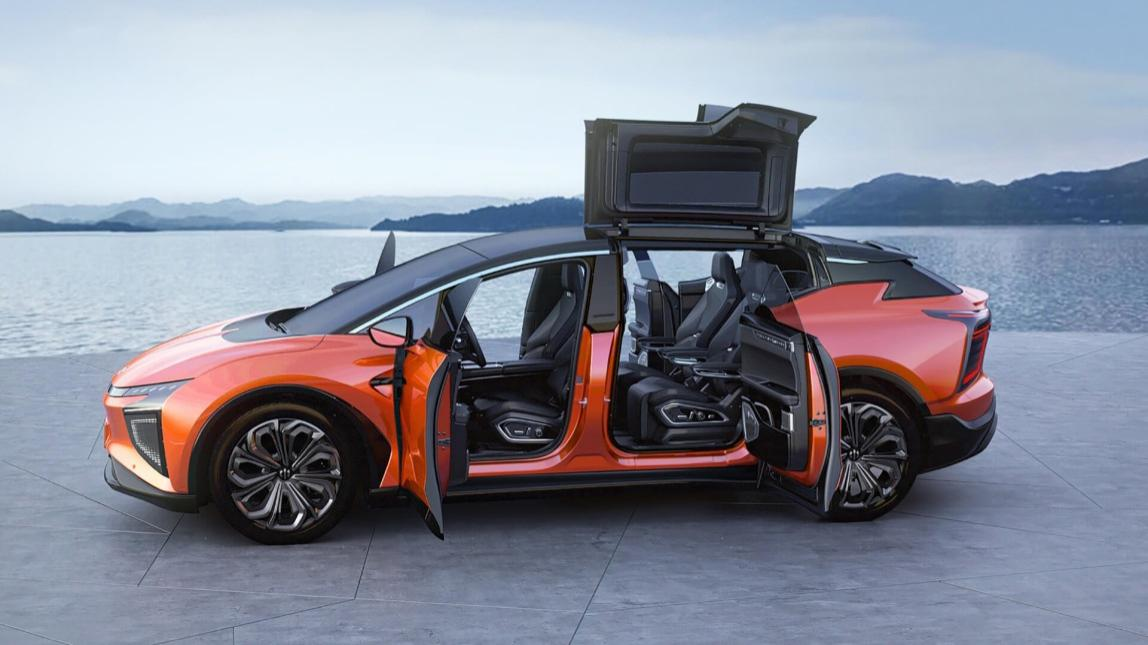 HiPhi gull-wing door is part of the world's first smart entry/exit system, which is a door handle-free smart entry/exit solution that systematically takes into account the door, seat, light interaction, anti-collision, and surroundings such as rain and snow. In the early stages of development, the team researched nearly 200 door design combinations in automotive history, but none of which could meet HiPhi’s requirements. Traditional technologies cannot support HiPhi’s scenario design. The team then built a service-oriented EEA based on the understanding of future usage scenarios, combined with supercar style gull-wing structures and Rolls-Royce style suicide door structures, advanced technologies of sensors, communication, and chips, to achieve intelligent interaction and systematically create smart entry/exit scenarios. 76 patents have been granted for the system, with another 20 patents submitted for application.

Take battery safety as an example, Human Horizons has set up five levels of protection: cell, module, battery pack, vehicle frame, and cloud battery protection. The cloud-based battery protection is based on big data, AI, and 5G communication, which enables real-time connectivity between the battery and the cloud server to provide an all-around diagnosis for the battery, abnormal warning, and dynamic optimization of the battery's usage environment to improve battery life.

In addition, several first-of-its-kind technologies have been realized on HiPhi X. For example, the PML (programmable matrix light) allows for lighting technology that divides light zones at the pixel level. This technology not only brings conventional lighting functions beyond those of ordinary vehicles but also enables lighting control with the precision of a projector. It can even project graphics or animations on the wall or road. ISD (Intelligent Signal Display) enables a human-vehicle interaction experience, creating a more interactive experience for the user between vehicles, humans and vehicles, and vehicles and the environment.

HiPhi’s second flagship model, HiPhi Z, a TECHLUXE® intelligent coupé is a perfect blend of “future aesthetics, digital life, and the handling of the age of electronics". Apart from a trendsetting design, it also infuses a digital soul into the machine, creating an intelligent digital robot with a sense of life: HiPhi Bot. It is a case of "vehicle defined by software", and also the first in-car application of the industrial robot concept. Its safe and intelligent control, with an accuracy of up to 0.01mm, allows it to precisely simulate human movements. More importantly, the combination of advanced sensory and interactive technology makes it less of a cold control screen and more of a companion with emotions and thoughts. Although HiPhi Z has not yet been delivered to the market, the technology has been granted six patents, with another 26 patents in the application process.

(HiPhi infuses a digital soul into the machine, creating an intelligent digital robot with a sense of life: HiPhi Bot)

(David Ding, then Deputy District Mayor of Pudong, being interviewed by the media. In 2014, Shanghai Pudong was the first to pilot the "three-in-one" reform of patents, trademarks and copyrights, and the Shanghai Pudong Intellectual Property Office was established.)

David Ding said, "China's recognition of us as a startup and our competitors' tribute to Chinese originality has reinforced my belief that there are no shortcuts for Chinese companies to build up their in-house R&D strength. Only by adhering to originality and building up long-term R&D strength can we keep our leading position."

Today, Chinese brands have gained an important international foothold in many fields, but in the field of premium automotive brands and premium products, the world is still dominated by non-Chinese brands. David Ding said, “Human Horizons HiPhi aims high and hopes to build a world-class brand and world-class products by continuous independent innovation and leading technologies, and to win belated respect for Chinese automobiles in the world." 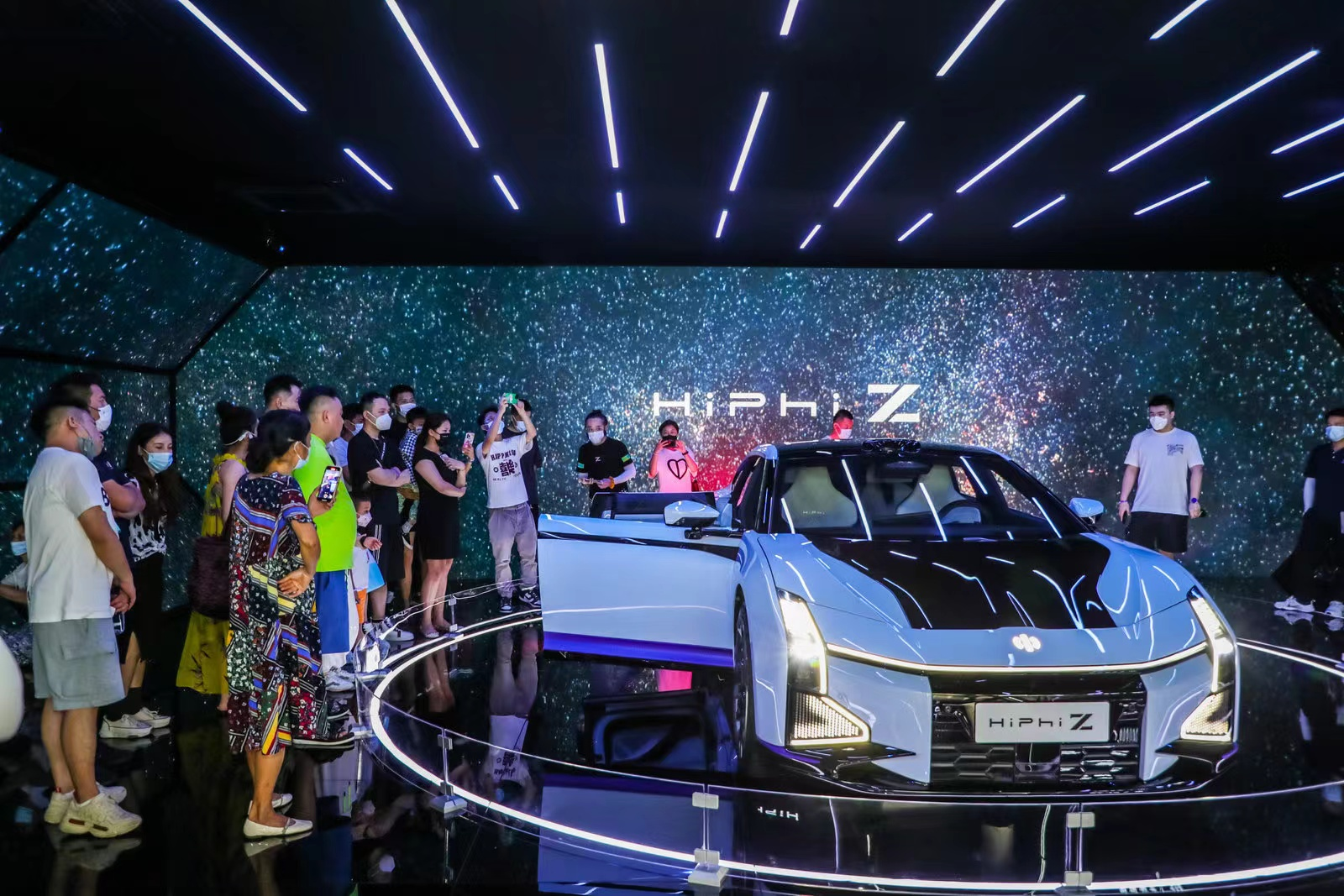